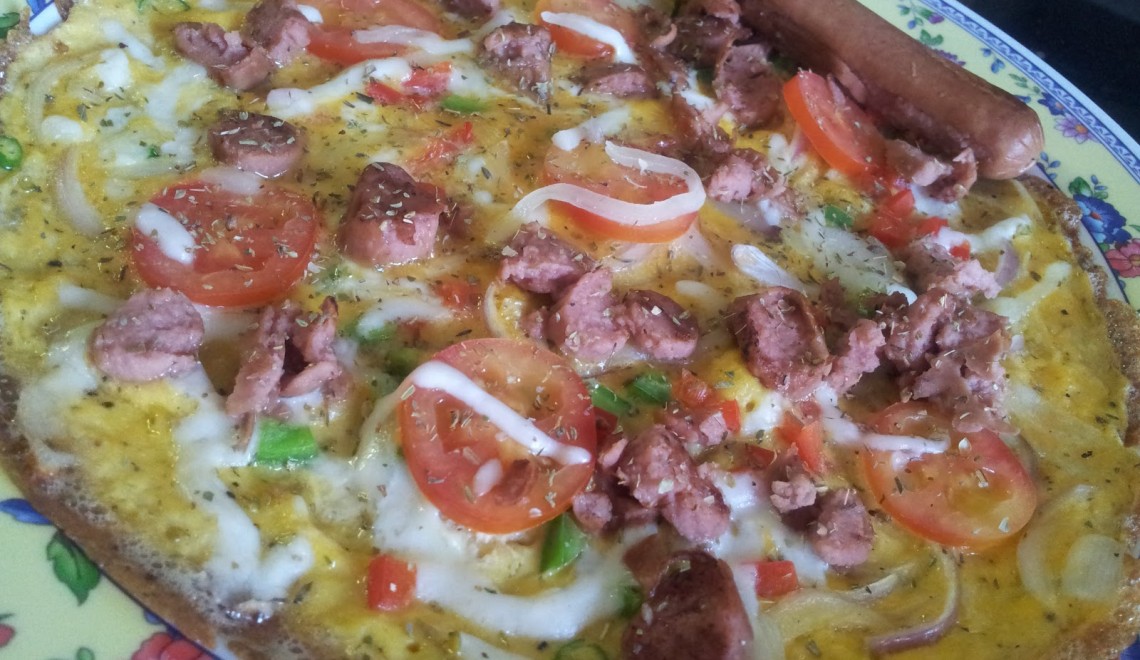 After eons, enjoyed a Sunday off. While the world celebrates Sunday, we in the Gulf region slog it. Looking at the positive side, while the world mourns Monday morning blues, we are one day ahead in inching towards the weekend! I was so gleeful on Sunday that I wanted to sing my favorite song – Aaj Sunday hai, to, din me daaru peene ka day hai (Since it’s a Sunday, it’s drinking-by-the-noon-day) from Chaalbaaz. Gosh, what a scene it was; Rajnikanth fixing his drink, putting wafer on the top of his drink, and mixing it with his finger. Crass humor, but hilarious. Anyway, didn’t drink since I had spent some quality time with Buddha Baba (Old Monk, spiced rum) the night before.

Next option was to make Kahwa tea (Kashmiri Green Tea – Spiced). But laziness took over the senses and I dropped the plan to do anything other than immerse myself in a novel or magazine. But hunger pangs kept poking me, till the time I could think nothing but to cook something. Lazy mind suggested that boil eggs and have it with bread. Shortcut to breaking the fast. But the heart is a stubborn person, tough nut to crack. Having no clue what to cook, but feeling like something good to cook, the best option that came to mind was to read food magazine. Wifey’s Good Food magazine came to the rescue. No, I didn’t find a recipe, but found inspiration to cook something good and shrug off the laziness.
When the mood to cook takes over, recipe comes to mind just as easily. I opened the freezer and took out the sausages. Picked bell peppers, eggs, green chilies and cherry tomatoes from the refrigerator. Before I could start, I julienned bell peppers, sliced cherry tomatoes, green chilies and onions, and whisked the eggs. Stopped for a while, thought what else could be added, another look into the refrigerator and shredded mozzarella came to the rescue. Shredded Parmesan confused for a moment, but mozzarella adds volume to the stuff, so picked it up.

Quickly shallow frying the sausages, I cut them into thin slices, took them off, and in the same pan, added oil. The whisked eggs had sea salt, black pepper, sliced onions and green chilies added. Pouring them on the pan, I topped it with the veggies and sausages. It looked drool-worthy, and in the last minute excitement, I sprinkled dried thyme and oregano.

Usually I add Peri Peri dip to my omelette, or Dijon mustard. But this was so delicious, that there arose no need to add anything. The juicy omelette had layers or flavors waiting to explode in the mouth.

While sausages were swirling about in the mouth, bell peppers created pure ecstasy. Onions brought about crispiness, while cheese gave that juicy feeling, at the same time giving a hint of heaven. Sometimes green chilies made their presence felt, but sausages subdued them, snubbing them with their superiority complex. Nevertheless, all came around well. It was the ideal start to a great Sunday. And it doesn’t even take long to cook. Laziness is just in the mind. When you love to cook, nothing is time-consuming. Because the experience of cooking is equally satisfying as the end product!