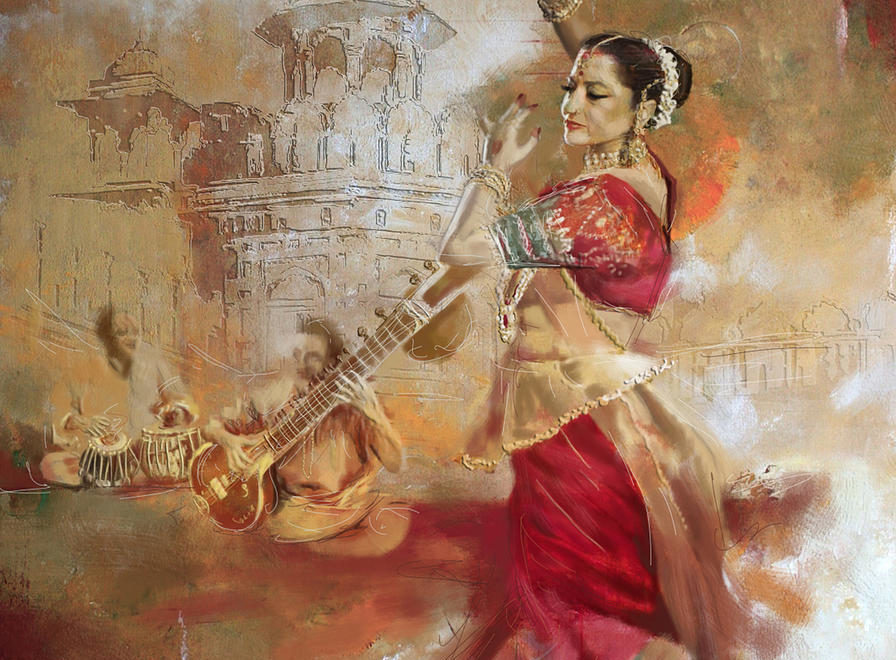 Once upon a summer in my mid 20s, I took a solo trip to Manipal (Karnataka, India) with just a backpack and camera. The first leg of the journey was from Delhi to Bangalore on a flight (which seemed the only luxury). After getting down at Bangalore, I was supposed to take a bus from the city to Mangalore for my onward journey to Udipi and finally Manipal, all in a day.
The shuttle bus from Bangalore Airport to Bangalore city was memorable in so many ways, but what I still remember it for is that I experienced the power of advertising that day in such a random moment. 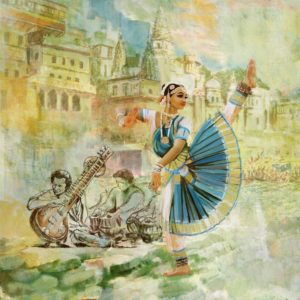 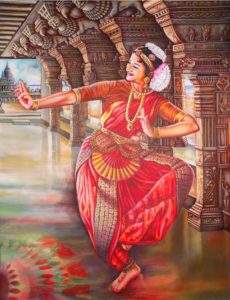 I looked back at the hoarding, noticing the little details. It was an ad for a sandalwood soap, in a painting format. It featured a beautiful woman wearing an ornate saree in a dancing position in the backdrop of an exquisite temple complex. I couldn’t find the connection of the soap with either the woman dancing or the temple complex. The product image (soap) was there at the bottom right, with no tagline or headline.
This was in mid 2000s, when Indian advertising wasn’t orgasm-ing on overtly emotional routes of ‘Khushiyan, Rishtey, Garmahat’ etc. This hoarding ad was just a fancy painting, to say the least. Yet, for someone it was a piece of art, which spoke to him in ways he hadn’t expected. 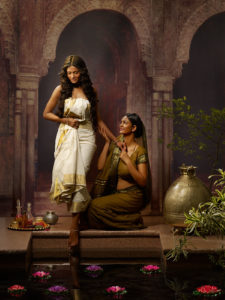 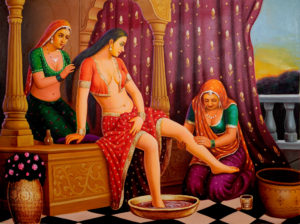 Sandalwood Soap ads usually show a woman bathing in an exotic setting – Dusky, beautiful woman in white muslin in a bathtub made of copper, a palatial room with natural light seeping through a window, vintage props & furniture to accentuate the grandeur, incense sticks and natural ingredients floating around. It is made to depict handcrafted luxury, rarity of the product, the heritage and association with royalty, or the health benefits. But this hoarding was draped in a cultural / spiritual aura, hovering on a pious terrain. Could be esoteric for me, but definitely relate-able to many. Whatever the reason, it worked. And that’s what advertising is, it evokes a response somehow. Though I was taken aback by the fellow passenger’s response because the first thought that came to my mind was – Does this person know I am in advertising, if so, how? Did he try to chat up with me on the premise of an ad? It spooked me first, and I asked him, “What’s so beautiful about this ad?”, behaving as if he doesn’t know I work as a copywriter. 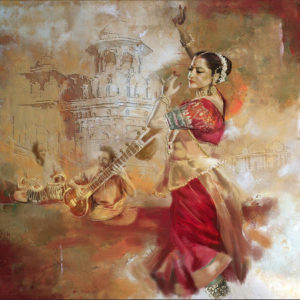 He couldn’t explain why he liked the ad, as he told me in broken sentences, “I like the whole vibe, the temple complex, the mudra of the dancer, the color scheme, the painting effect, the soap itself”. It made me brood further on how people consume such ads, what makes them buy certain products/brands based on what they are made to perceive. I tried to strike up a conversation with him, but it seemed he wasn’t too excited to talk, just wanted someone to know that he appreciates an ad, and wanted to make sure the other person also took notice. The rest of the journey we kept quiet, I was reflecting on how lucky I am to be in advertising and touching people’s lives, while he must be visualizing that setting with the dancer’s graceful dance and the intricacies of that temple & era.
P.S. – These pictures are taken off Google, I don’t own them. As I don’t remember the soap brand or couldn’t trace the hoarding ad, I have used these images as references.
adsadvertisingadvertising agencycopywritercopywritinghoardingmangaloresandalwood soapWriting
Leave a comment