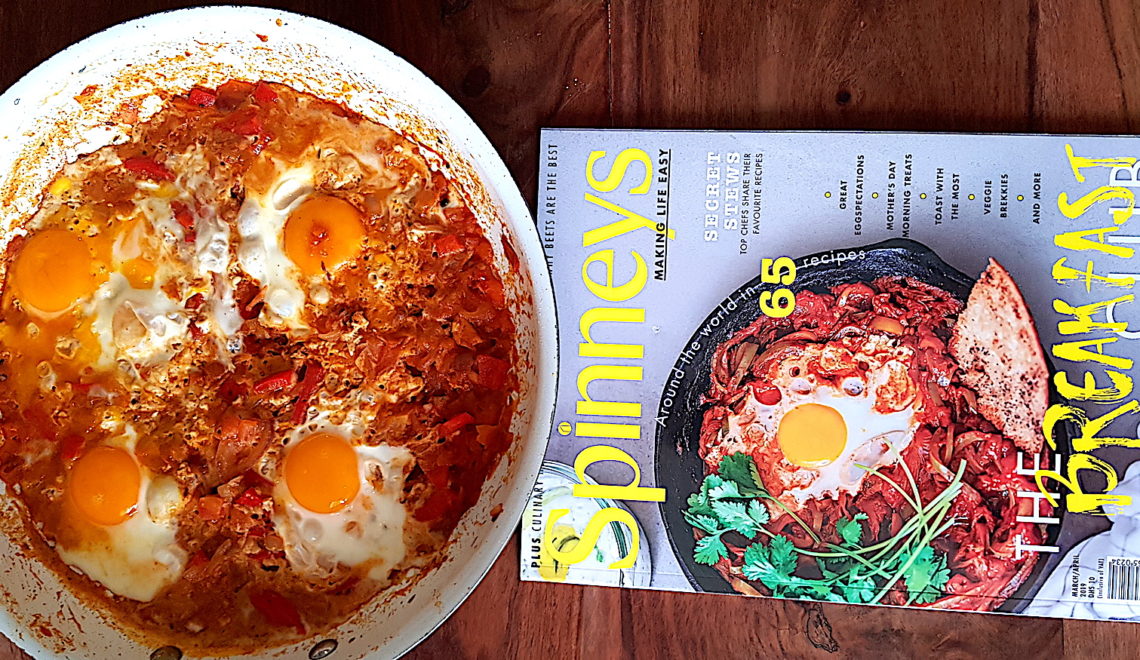 Staying in the Middle East has many benefits as my culinary horizons have broadened, learning more about not just Mediterranean but eastern & western cuisines as well because Dubai is a melting pot of over 200 nationalities staying together and inspiring everyone’s taste-buds.

As most of my cooking starts and ends on the weekend breakfast, I ensure I try out new recipes every time. Sometimes the recipes I know would be altered based on my mood, hunger level and ingredients readily available in the fridge.

Shakshuka is an amazing dish of poached eggs over tomato & peppers based spiced stew, which can be had anytime of the day as it’s utterly filling and lip-smakingly wholesome. Though its origins are disputed with many countries claiming the stew as their own – Morocco, Yemen, Ottomon Turkey, Syria, Balkans, Magreb etc. If you go to the Wikipedia page, it says that a stew based dish existed much before in many countries with variations of minced meat and livers, but the North African nations like Tunisia, Algeria and Morocco made it their staple with eggs and spicing it up. It’s also fairly popular in Israel, Saudi, Egypt and UAE.

The original recipe has a basic spice mix of coriander, caraway, paprika, cumin, cayenne with a healthy portion of bell peppers and feta, while I have made a more Indian-ized version with desi spices. The other reason was that I don’t like tomatoes overpowering my stew’s flavours, nor I particularly enjoy feta cheese in Shakshuka wherever I have had this dish. I was going through Spinney’s Breakfast issue in their monthly food magazine and got the inspiration to cook Shakshuka.

This is an easy recipe and can be cooked in about 30 to 45 minutes, including the prep.

Though this is my version, you may feel free to add minced meat, feta, spinach, okra, or anything to this one-pot-wonder. The beauty of this meal is that it’s flexible to be modified to any taste & preference.