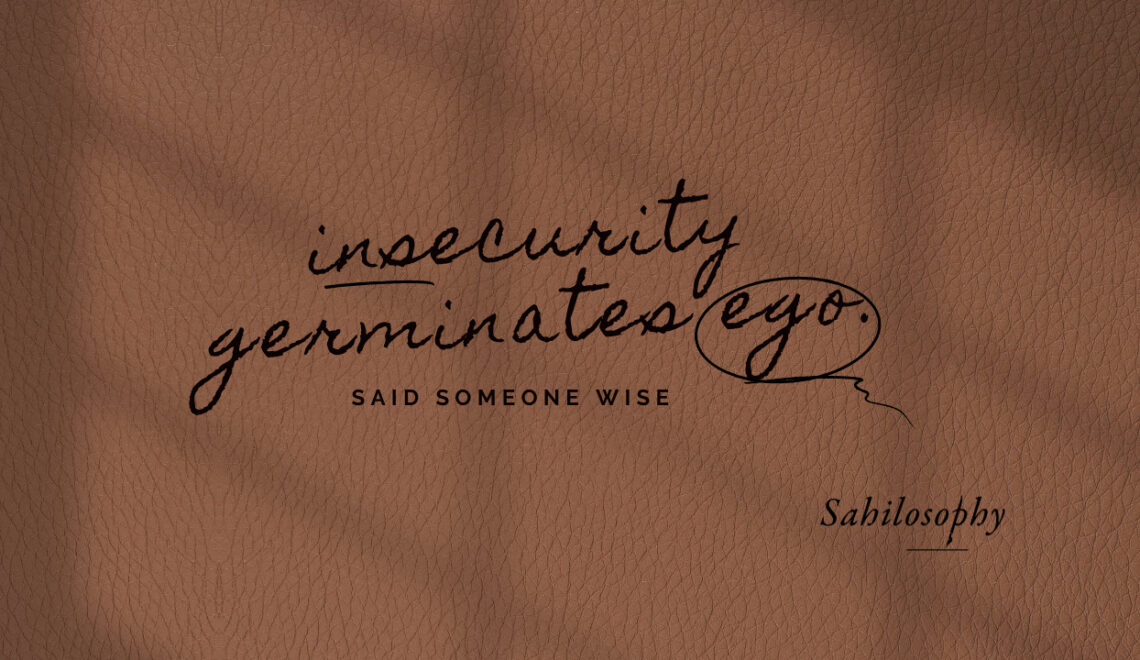 The 20s is an age of practical learning when we join the workforce after college. Everyone from colleagues to seniors seems to guide us, mentor us, give nuggets of wisdom from their experiences. In the sea of information, we do carry a significant amount of learnings as we grow older. Looking back, though I won’t recollect everything I’d heard, few things stayed with me because they contributed to shaping my personality and made me who I am today.

It was sometime in 2005, my senior colleague and art partner – Hasnain Waris had a long chat with me, imparting words of wisdom so passionately that we didn’t realize we were standing in a parking lot for over 4-5 hours after work. In a philosophical mood that day, his views ranged from the origin of religious doctrines, human quirks, practical approach to creativity, to personality development. The biggest takeaway that day for me was that not just working professionals, but just about anyone – be it the ancient rulers, governments or individuals, they all falter because of insecurity. It germinates ego. His lesson was studded with references from past and present.

People should be secure about their being, craft and skills. If they are secure, they wouldn’t ever feel threatened. In our working life, there would be many an instance where we would have competition. People who are insecure try to block their competitors with unfair practices. But people who are secure try to outdo the competition by working harder. In fact, they even collaborate with them. Trying to harness the positives, understanding their own limitations, upskilling themselves, and filling in the gaps.

I’ve seen colleagues who’ve tried hard not to share their skills or craft, which anyway wasn’t too esoteric. Yet they openly said they will not share their knowledge or mentor anyone as they feared their job would be at risk if few more people learnt their craft. Little did they realize that maybe they would’ve learned more should they have collaborated. Because evolution happens when we collectively work towards a singular aim.

Insecurity wouldn’t make one irreplaceable. It just makes them vulnerable.