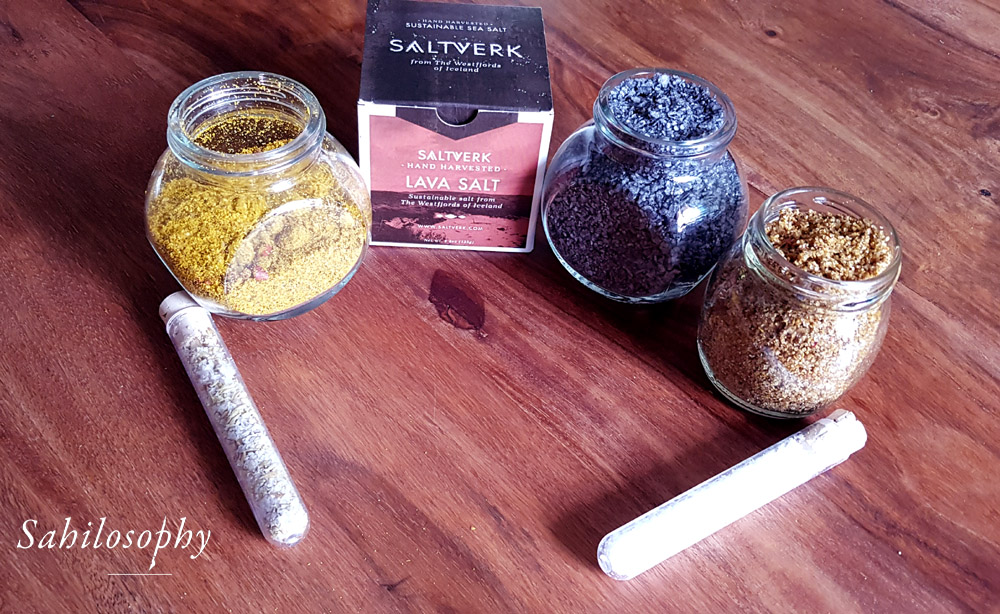 Being a foodie doesn’t limit my forays to the fanciest of the restaurants or hidden diners. I think a big part of my pursuits of taste & flavours have developed once I stepped into my kitchen in my teens. I have ever since been cooking occasionally and experimenting with food. Not that I am a great cook, yet what I cook is painstakingly done without any shortcuts. I am not a fan of following authentic recipes to the core, since I try to infuse my cooking sensibilities into what I create. But the usage of spices & ingredients, the tadka, cooking processes and tempering have enhanced and matured my senses of what I eat, hence I can relate to the ingredients & spices when I am eating out.

I am still enamoured by how others cook with such simple and basic spices, whereas I try to add as many as possible to get a rich taste. But one thing I have come to realize is whatever amount of spices you use, if they are fresh or authentic, even a pinch would work magic. Both Saloni and me are hoarders of authentic spices, and all our travels are eventually about food and shopping for new spices. We’ve bought spices from tiniest of villages to the biggest of cities, which has helped us create amazing recipes. 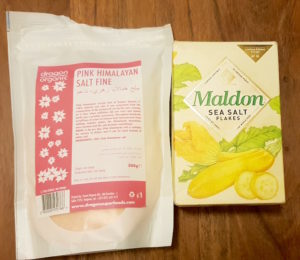 Even our friends know this aspect, and in their travels, all they bring for us as gifts are spices, herbs, food items, chocolates or some unique ingredients. Some more posts will be shared soon about the unique spices I’ve received or bought.

Lately, what we’ve received is something I never imagined would be such a game-changer in cooking. And that is the most humble and integral part of everything – salt. We have experimented with salts in our grocery shopping, with organic Himalayan Pink Salt being the one we use on a daily basis, while Maldon Sea Salt Flakes with lemon is a favorite for seasoning roasted veggies. Yet I never knew about Svaneti Salt. Two friends, Rutavi and Neha, were travelling at the same time this Eid to Georgia, and they bought me Svaneti Salt, individually. The first thing I did was google it, since I didn’t know what to do with it. It looked like a spice and smelt strong (like a spice) so I presumed it’s an all-spice for meat marinating. 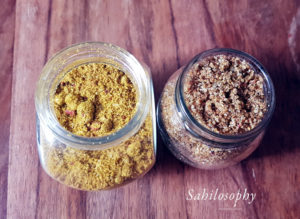 The search results mentioned that it’s a seasoned salt from Svaneti, a mountainous region of Georgia, where the Svans (locals) hand-craft this salt. It is a blend of sea salt with caraway seeds, coriander, cumin, blue fenugreek, dried dill, black pepper, dried marigold, allepo pepper (red pepper), and heaps of the main ingredient – dried garlic. There could be a change in spice blend, as the two salts I’ve received also are a tad different in look & taste. How authentic and local they are can be judged by how they are sold – in plastic packets, without even a sticker of the name of the salt, forget about any brand name or ingredients.

This made me realize how important travel is, since however big your hypermarket would be, it still cannot bring the world to you.

Svaneti Salt has travelled far & wide, though it can also be made at home. The texture of the salt is coarse, while it isn’t as dry as spices are, with garlic adding a bit of moisture. I used it as seasoning in few things like Omelette and Grilled Chicken, and trust me, all I could taste was Svaneti Salt. It’s that strong! 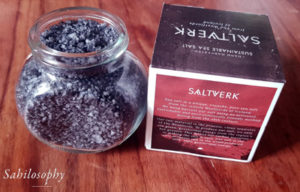 Another one we just received is Icelandic Lava Salt, gifted by Shoba. This time it’s a proper brand called Saltverk whose packaging says – Hand harvested sustainable sea salt, from the westfjords of Iceland. They have a website too with worldwide delivery, mentioning further that the black lava salt is an Icelandic geothermal flaky sea salt blended with activated charcoal. Its dark colour brings great contrast and finish to your dish and is sure to surprise your guests. On further googling, I got to know that Icelanders always struggled to harvest or preserve salt despite having sea all around, because of lack of sun and dry weather. There weren’t much jungles left in this polar country, hence using firewood as an evaporation process was also ruled out. They used to dry and burn seaweed for salt, getting salty ashes instead of salt, but that wasn’t appetizing enough. That’s when they started harvesting salt by using the steam from hot springs to dry the salt out of the seawater, and came along this gourmet sea salt that boasts of a rich aftertaste. 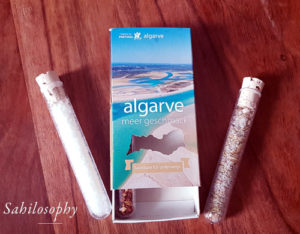 The cute tubes you see in the picture contain sea salt and thyme sea salt from the Portuguese region Algarve, around the Atlantic Ocean. Though it’s not Sea Salt technically, but crisp salt crystals in pyramid shape. Google research says – Harvested by hand from the salt ponds of sunny Portugal, these are called Flor de Sal, the finest flower of sea salt. It appears as a thin layer floating on the surface of the brine. These first, young fragile crystals are carefully skimmed off every day in good weather conditions and only sun dried before packing. The fluffy, luxurious, high moisture artisanal salt works as a finishing agent with a mild, savoury flavor. The Thyme Sea Salt is also used for curing meats, apart from seasoning. 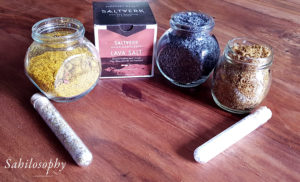