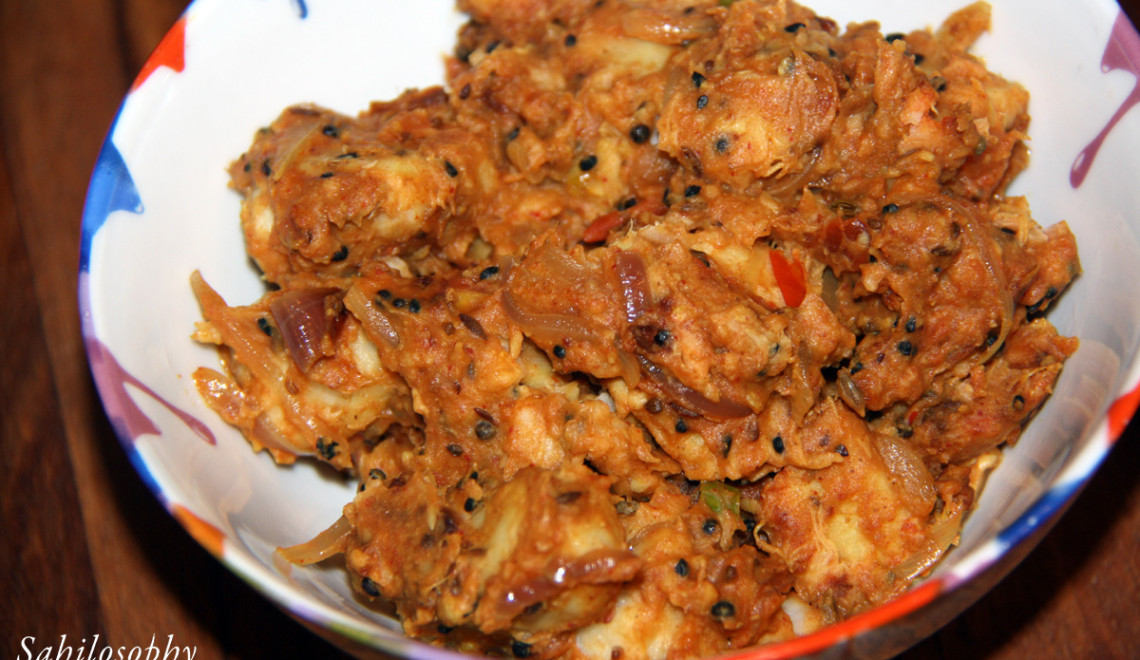 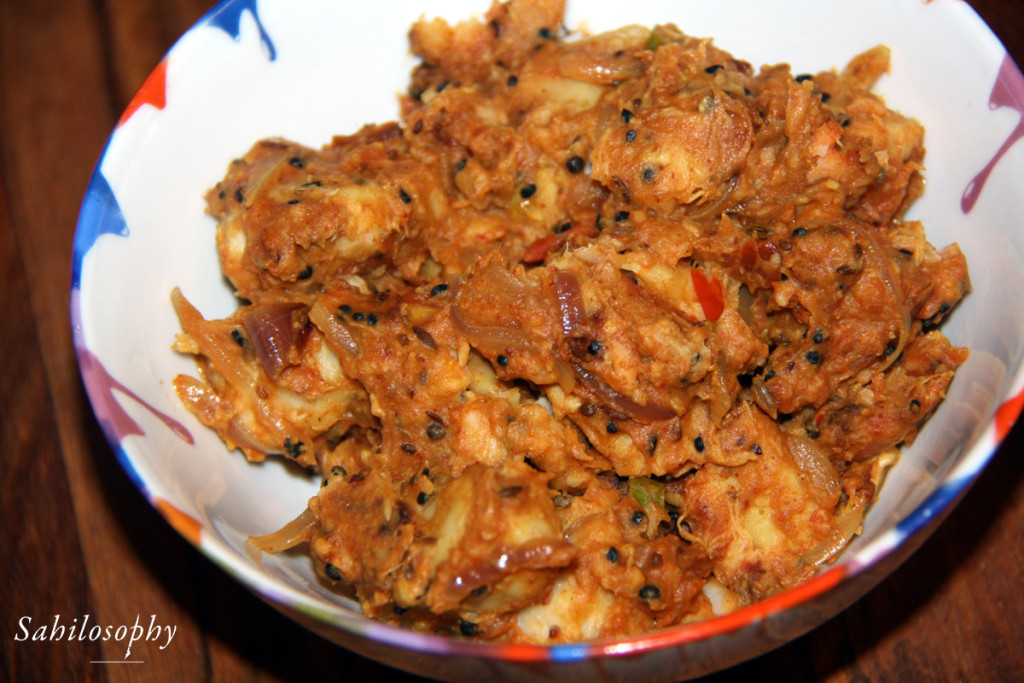 If I may, I’d call Arvi (Colocasia roots) the poor and slimy cousin of potato.

Arvi (commonly known as Arbi in North India) is an understated vegetable that is not regularly cooked at either homes or restaurants. Yes, some regions of India might be regularly cooking and savouring it, but I haven’t seen it much in tiffins my colleagues bring for lunch (that may be a small sample size, but it’s more of an observation over 15 years). Neither has it come across in our conversations on food. I’d stress on understated because there are not many recipes available too for this humble vegetable. Maybe cooking it requires more time for preparation that’s why people shy away. Maybe it looks somewhat ugly!

Yet, Arvi can be cooked to a flavourful dish, since it doesn’t have much taste of its own (quite like potato). It deeply acquires the flavours of the spices you add because of its squishy texture once boiled. One can mould it according to his/her own fancy. That’s the beauty of Arvi which attracts me, apart from the slimy texture and potato like chunks, only softer!

Here is the recipe for achari arvi. Making it overtly spiced or tangy makes sense because it is a bland vegetable which welcomes a coating of spices and adoration.

2 things are most important in cooking Achari Arvi. A) Arvi should not be cooked for long else it gets mashed, B) Go slow on spices because the achari flavour can easily turn bitter if overdone.

And the biggest deterrent to cook Arvi is the preparation. You have to wash the Arvi first, then pressure cook it for about 20 minutes (3-4 whistles). Cool it for 1-2 hours. Then peel it (the most frustrating part because it is slimy & sticky). Once this is done, then it’s a breeze, as cooking may take just about 15 minutes. And the joy of having this tangy dish is greater than the efforts put in.

Ingredients:
I have made it easier to divide the spices basis the priority.
Whole spices used for tempering in oil:
¼ tsp mustard seeds (rai)
½ tsp black seeds (kalonji) 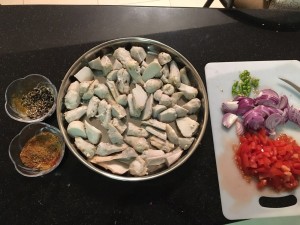 The penultimate moment:
Heat 5 tbsp mustard oil in a pan. Sprinkle hing on it.
After 5 seconds, add all the whole spices. Allow it to splutter. Takes about 20-30 seconds. 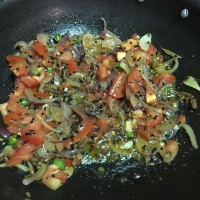 Add onions & green chillies. Fry till golden. Add ginger garlic paste. Fry for another minute.
Add tomatoes. Fry for 2 minutes until the tomatoes blend in and there is a gravy like consistency.

Add Arvi. Let it soak in all this masala for a minute. 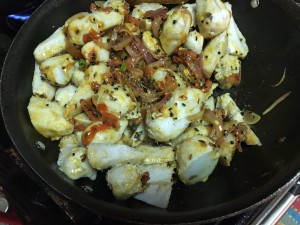 Now add the powdered masalas and sauté to let Arvi blend with all masalas.
Lower the flame and let it cook for 3-4 minutes. Keep stirring in between. You may also splash some water if it gets dry.
Take off the Achari Arvi from pan and shift onto a bowl. Garnish with coriander leaves. Enjoy with chappatis or khichdi. 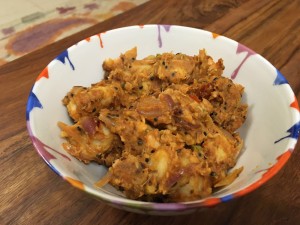