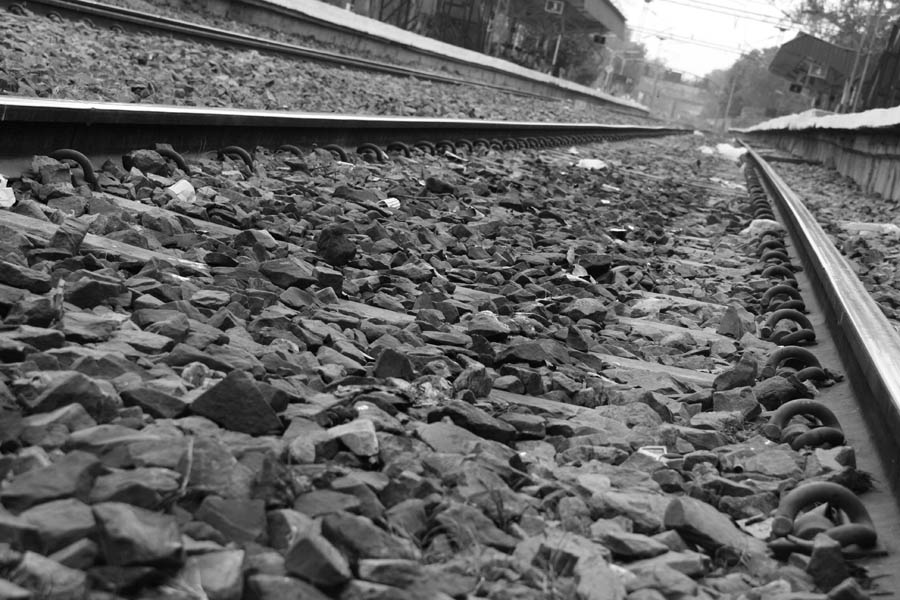 Clasping wasn’t passion anymore, but a routine. Carnal needs and desires hitchhiked to a state of arousal, and sunk in an unfamiliar state of eerie silence. The breaths deceived. When pacing, they puffed of someone else’s lovemaking skills. When gasping, they panted of a fulfilled orgasm but unsatiated needs. When hushed, the breathings murmured secret cravings and determined conspiracies.
She was lying next to him, but close to someone else.

It was his plan of letting her go. For he knew, it won’t be easy to hold her back. She was attracted to someone physically, and it showed. The long hours of dressing up. The extra long hours at work. The prominent ‘headaches’. The occasional flowers and ‘self-indulgences’. The smell of different fragrances everyday on her peaks and hollows. They all were shouting of trouble. He could decipher all, but not her feelings.

Reviving the relationship would scar his ego, he thought. After all, he can’t act trying too hard, asking for long drives, quiet dinners, romantic getaways, painting together, etc. He had never striven. She was an easy-going girl, then an easy lay, then a buddy. And then, a soulmate, or it seemed so. A well-synchronized relationship, cascading like the sequenced waterfalls thronging those coffeetable books.

Becoming a sarcastic jerk wasn’t hard for him, for he jibed at the drop of a hat, mocking, screeching, shrieking, and adding facts to his off-colored jokes, if not being impertinent. But even that won’t help him. Perhaps it would help her, as it would get easy for her to detach herself from his gropes. He felt hapless, for he neither could afford to let go of her, nor have her. He loved her as much as he hated her now.

Maybe it’s his fault, he thought. He couldn’t catch up with her fast-paced life. She was impulsive, freaky and snappy. He was refined, romantic, and a recluse. Where she would party even on weekdays, he would slog hours at his study or garden on weekends. Though initially they had clicked together, and she loved his way of life, perhaps more than that, she loved him. But then, how long can love sustain apathy, withstand boredom? She had to get back to her skin. And she did.

He had a harrowing time imagining a lifetime without her. A lifetime without coquetting under the mellow sun, without sharing the quilt under the blessing stars, without apologizing for the occasional belches and without blushing for the occasional flowers gifted. Distant thoughts of being stranded without love at sixty with a hunched back and broken teeth troubled him.

Even the eye had lost its sense of proportion, the focus had wavered to things in motion than still.

Every action of his irritated her – be it romantic, sweet, mature, puerile, considerate or amusing. She fought with him over anything. The more he tried to pacify, the more she retorted, and finally alienated herself from him. Adversity had opened its arm, creeping like a nightmare.

“So where have you been?” he asked her lighting his cigar.

“Why the hell are you not shaving?” she tried to divert from the question pounced on her.

Something kept her mum. After few moments, she avenged, “Just because we don’t share moments, doesn’t mean you stop behaving like a human being. For Christ’s sake, get a grip on yourself.”

After looking deep into her eyes, he quipped, “Okay, I know what am I doing. I’m waiting for my wife to return every night, with anticipation, that today she might be loving and receptive. And then, I also pray every night that she doesn’t arrive dead drunk.”

“What has space to do with drinking crazy?”

“You have no inkling what I’ve been going through.”

“As if I never wanted to lend an ear?”

“Forget it. I need sleep. A good sleep.”

The faith in self had dwindled, so he strived to get back to himself. Going away could be a solution. The 250cc engine thumped across the streets and revved into oblivion. He was not only carrying the burden of the beautiful past with him, but the brutality of the present as well. The light of this sturdy beauty focused on the road, while his mind focused on his new novel, and the way he was cuckolded.

The scorn didn’t haunt anymore, for she was free from the gropes of her turbulent past.

Thoughts of his wife bruising his ego disturbed him. “The Bitch.” Two words which he couldn’t bring into use then, now made way for the title of his novel.

That she was a shame to the society, that she was a blot on the history of her family, that she was adorned with lust for another man, it never bothered her. She must live the life she wanted to live. She was destined to be a rebel. A rebel with a cause. It takes a lifetime for a woman to repel. She just took few months to settle the scores and end the marriage.

The discontent wind was piercing him through his thick jacket. Slowing the velocity, he recollected how she had made things easier, making new rules for him. He can go out and party. He can fornicate with other women. He can drink crazy. Never had any woman in his life given him so many liberties.

With thoughts being indexed in his mind, he got excited. This was the story he could alter, unlike his own. The world should know what he went through, albeit through a fiction. A fiction so well experienced.

As he left the sleepy town on the foothills, an exuberant breeze greeted him, throwing him back into the memories of his honeymoon. The trees, breeze, birds, peaks, flowers, greens, all looked chirpy on the drive uphill. Now, everything about the nature was gloomy.

The story was progressing at a pace he didn’t fathom. He was the tailor, cutting the cloth from all sides, giving it the contours he desired, running the needle faster than his imagination. When the wheel of the machine would rev up, his past would make it screech, and limp for a moment. She used to behave like a teenager, too adamant. Sometimes she’d behave like a revolutionary, too focused. And sometimes, she’d wear the garb of a schizophrenic, laughing when he’s serious and fuming when he’s concerned.

A narrow lane leaded to another town, lesser known, lesser thriving. Taking that road, canopies further hid the skies that glittered with stars in-numerous and an arced, pouting moon that looked pensive for its waning glory. Spot lighting the trees and scanning the craters on the road was the light of his bike. The only light on that road.

Two mature people cannot go on pretending there’s nothing wrong. They cannot wait for things to happen. She had confessed that she was bored of this relationship. She had professed her desire to be freed. She had accepted the fact that she was too liberated to lead a simplistic life.

Solitude. Silence. Gloom. Silhouettes. Apprehensions. Inhibitions. Yore. There were so many acquaintances waiting for him on every blind curve.

This was for the first time in the entire journey that he had smiled. He liked the story so far. This could be the part 1. The second part would deal with her relationship with the new man, and how short-lived it would be. It would end in a jiffy. And she would lead a depressed life. And she would lose it soon thereafter. And she would be admitted to an asylum. And then, he would re-connect with her, help her come out of her disturbed thoughts. His love would overpower her problems. He surely would be the hero of this romantic. The ultimate romance. Love, that transcends logic, self, inhibitions and norms. The ultimate love. A love story that would not become an epic only after the protagonists sacrifice their life. The protagonists would survive, through all the odds.

A known tinge of indigo enveloped the sky. Chirping of his favorite birds was hushed by the blare of his machine. The air carried the sweet smell of the vines. The trees, breeze, birds, peaks, flowers, greens, all looked chirpy, all over again. He had forgotten the last night. The gory night. Of revenge, wrath, slaughter, bloodshed, realization, guilt, fear, and eloping.