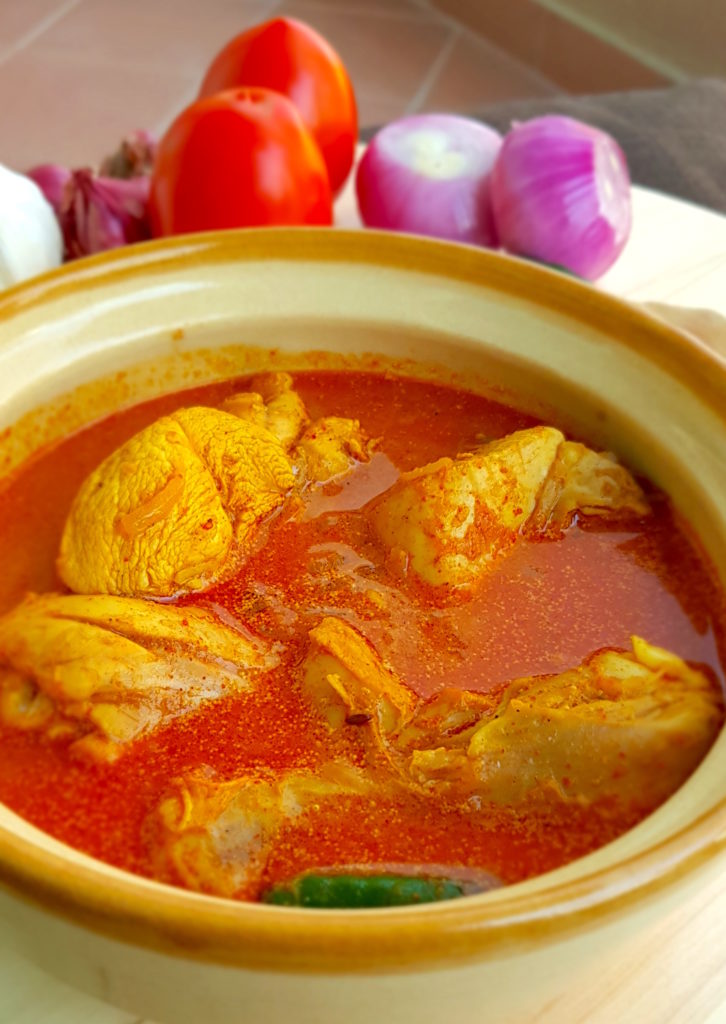 Presenting: Chicken Tabahi, a name coined by me.
Tabahi is a colloquial term that literally means disaster, but in regular lingo is an expression of OMG or wow (denoting something extreme).
I named it Tabahi simply for its spice quotient.

The recipe is fairly simple because of the secret ingredient – Goa Portuguesa Xacuti Spice Mix (It’s available at many grocery stores now). Just this spice is enough, you don’t need anything else.

But this is not the recipe for Xacuti, but for Tabahi. Because there is a different method of cooking, ingredients and also the use of spices which is not as per the instructed recipe on the packaging.

1 Can Coconut Milk (400ml) or Cooking Cream or Yogurt

Chop the onions & tomatoes and slit the green chillies into two.

Add in the onions, increase the heat and saute until yellow-brown.

Now sprinkle the Xacuti Mix Spice generously, about 3-4 tablespoons. I usually add Malwani Masala on top of this to add even more spiciness and a different taste (about 1-2 tbsp). Malwani Masala complements Xacuti Masala since they are from same region (Konkan), and have similar base spices.

Slide chicken inside along with green chillies, toss them on high heat for 5 minutes, then lower the heat.

Add a cup of water and cover the chicken for 15 minutes.

Once the chicken is tender, add in the coconut milk. Now this part is totally flexible. You want ultra spicy, don’t add anything. Coconut milk is added to subdue the spices, you can also use yogurt or cooking cream instead. I have tried out every kind of style here, once I didn’t even add water, just had a thick gravy of onions & tomatoes slathered on chicken, it was yum & spicy for a starter dish. Enjoy with rice for tasting the real flavors. 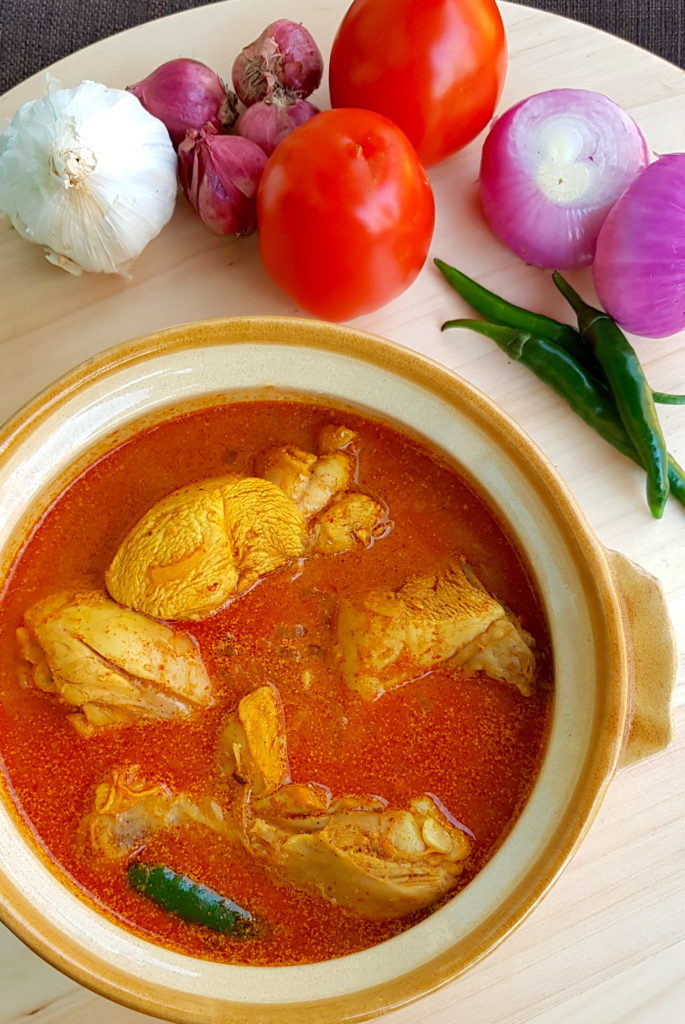