Chocolates, Ice-Creams and Other Good Things 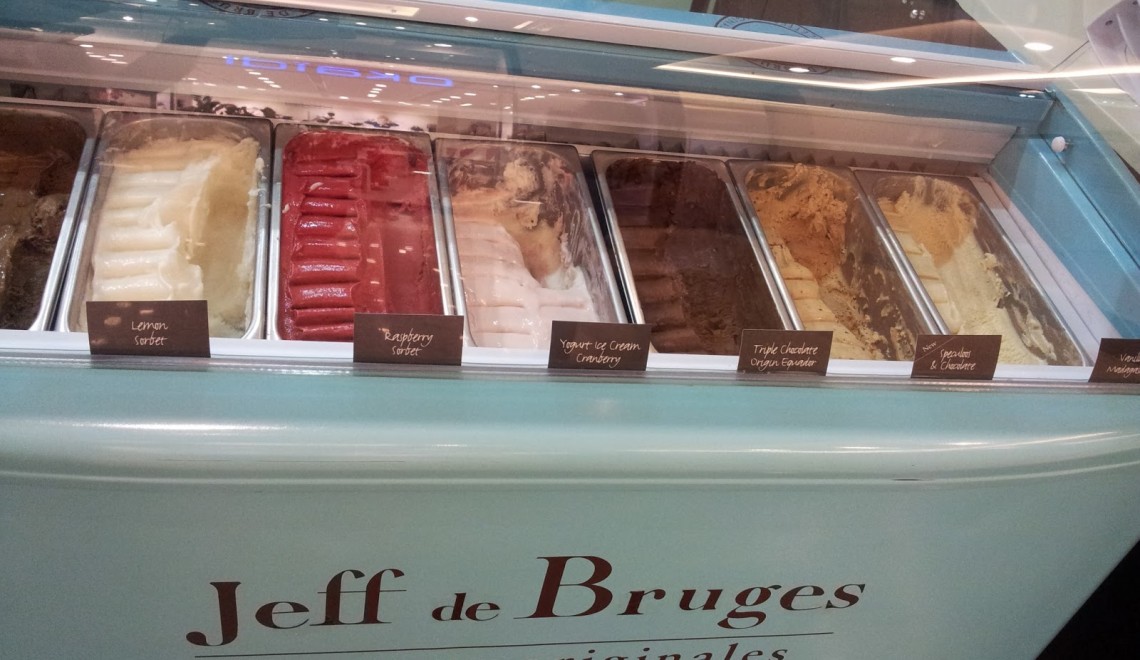 It’s a gem hidden in the swarm of cafes and eateries in Dubai. Jeff de Bruges is French, though belonging to a Belgian group. This cute chocolatier arrests the eyes as soon as glanced over. With light blue interiors and a very traditional looking ice-cream kiosk at the shop front, it’s unmissable. That’s what captivated me and I went over to see their offerings.

When I had it for the first time, I just couldn’t make out what’s the actual flavor, is it butter, praline, caramel or biscuit? In one bite, it reminded me of my favorite Cadbury’s Nutties butterscotch flavor, in another bite it brought about a deluge of biscuits memories, the old time kind of biscuits we used to have in childhood. But the best thing about this ice-cream is that it’s subtle, and light. So while you hog down the ice-cream decoding the flavor, you wouldn’t even feel guilty about it!

Looks like this review is just about that ice-cream, so i should take a detour now. They don’t have a wide selection, only 6-8 flavors, out of which 4 are sorbets.I haven’t tried sorbets as don’t like them, but other ice-cream flavors didn’t get my tastebuds raving and craving about. Though Jeff de Bruges is a chocolate store, which I haven’t talked about yet. So much I am in awe of their ice-cream. The chocolate selection, unlike their ice-creams, would spoil you for choice. I bet you’d spend at least half an hour there just admiring at the varieties of chocolate. They look just as good as they taste! Don’t carry a credit card and much cash, else you’d end up buying the whole store, so good is their selection.

The must-try from their Truffles are Dark Chocolate with Orange Peel and Caramel Flavored Milk Chocolate. Their Juliettes are fancy-looking ‘pretty things’, I’d say the thin wafers of chocolates, exceptional of them being Juliette Des Bois which has dark chocolate with almonds and raspberries, and Le Songe de Juliette that has almond, nougat, anise over milk chocolate.Then there are the regular morsels of perfections, whose range is so wide I can’t even start to mention. Just go there once and you’d know what you’ve been missing (If you haven’t been there yet, that is).